TCA is a highly integrated acoustic test solution that provides the hardware and software required for the automatic testing of almost any type of analog and digital phone or electro acoustic device.

The interfaces are configured and automatically controlled through the system software and calibrated together with the system. 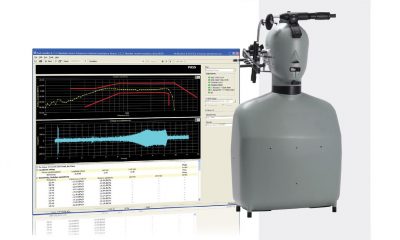 Handset phones are placed in HATS (Head And Torso Simulator) or in a test head which provides the reference standard positions from the built-in ear and mouth simulators.

The ear and mouth simulators are connected to the TCA 8200 internal input pre-amplifier and output power amplifier. Hands-free phones should be tested in a quiet environment such as an anechoic chamber with a test head that has a hands-free positioner or with HATS (depending on the standards).

Tests are performed according to procedures and specifications defined in ITU-T, ETSI, TIA and other standards .

User-defined tests can also be performed.

Any cookies that may not be particularly necessary for the website to function and is used specifically to collect user personal data via analytics, ads, other embedded contents are termed as non-necessary cookies. It is mandatory to procure user consent prior to running these cookies on your website.